Clevertronics has rapidly installed emergency lighting systems based on its Zoneworks XT HIVE at more than 630 sites. Clevertronics uses Wirepas Massive Connectivity at its core.

Emergency lighting: Clevertronics solves a problem which is also prevalent in German-speaking countries

Emergency lighting saves lives and must work reliably. In Germany, the permanent operational readiness of emergency lighting is clearly regulated by the respective legal regulations of the states of the Federal Republic of Germany and by existing standards through regular tests. Automatic test systems (ATS, Automatic Test System) determine the functional states of luminaires, subdistribution boards and central battery systems.

The problem: until now, ATS were mostly cable-based. This entailed high installation costs for materials and the specialists needed. If the system was extended in its topology, this was again associated with high costs, possibly encountering limitations. Technical failures often affected entire sections.

A first step toward further development was made by systems in which luminaires were networked via their sensors, such as BLE or proprietary radio standards in ISM bands (e.g., narrowband 868 MHz in Germany). This eliminated the need for extensive cabling, but some challenges remained. For example, in a BLE-based network, some nodes must be pronounced routers or repeaters to transmit data from the luminaires’ sensors to the central monitoring system.

If the router or a gateway fails, the connection is broken and data flow stops – redundant infrastructures must be planned. Increased overhead and a lack of standard update functionality are limiting scalability and cost-effectiveness in many deployment scenarios.

Mesh networks have been used in various applications since the late 1990s, but it is only in recent years that this technology has been used in emergency lighting. Now, with the Massive IoT Mesh from Wirepas, Clevertronics is introducing the next generation of meshes to the Anglo-Saxon-speaking world: mesh with

Self-management allows each node in the mesh to use the available resources more efficiently. Each sensor in a luminaire transmits its data only to that one of its many neighbors which has the lowest “cost” to route the data towards the nearest gateway, saving a lot of energy and bandwidth in the radio spectrum. If the data is then passed on to the next sensors, this exponentially increases the number of potential sensors with routing capability in the mesh.

If a sensor fails, the mesh dynamically chooses a different path to the destination via other sensors. The mesh thus has built-in self-healing. All sensors communicate with only one of their neighbors. And depending on the density and number of sensors, they greatly reduce their radio strength. This means that hundreds of sensors can talk to each other in a very small space without interfering with each other.

Information thus flows reliably to the central database without any loss of information. Testing, monitoring and maintenance of emergency lighting systems therefore become extremely efficient – every battery in every luminaire is monitored in real time in this way. Depending on regulatory needs, appropriate applications can be programmed on this mesh connectivity.

As each sensor autonomously defines “its” next route, planning and installation efforts are reduced to a minimum. Installation and activation of an autonomous emergency light can be performed by personnel who are untrained in wireless technologies. This counteracts the expected shortage of skilled workers and ensures that buildings are approved by the fire department on time in Germany.

With XT Hive, Clevertronics offers the corresponding compliance for the Anglo-Saxon language area (UK, Australia, New Zealand and Singapore). According to the company, the basis of its great success is the use of Wirepas Massive as connectivity.

Use Case: the Qudos Bank Arena in Sydney 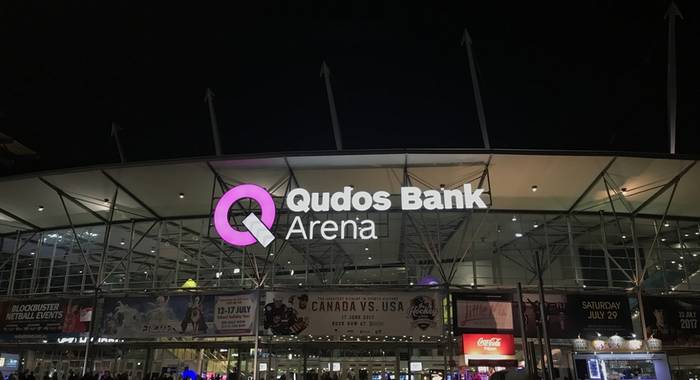 One of the more than 630 installations between UK and Australia is the Qudos Bank Arena (QBA). This is a multi-purpose arena located in the Sydney Olympic Park in Homebush Bay, about 16 kilometers from downtown Sydney, and is the largest event venue in Australia.

Challenge: the emergency lighting system with over 2,500 light fixtures

The Qudos Bank Arena emergency and exit lighting system, with over 2,500 emergency lights, had its own hardwired infrastructure. It had reached the end of its development capabilities and was characterized primarily by high ongoing maintenance costs. When time was right to replace the emergency lighting, the operator was desperate to avoid the high cost of installing a new backbone cable infrastructure for emergency and exit lighting.

Reduced costs in investment and TCO

Wirepas’ Dynamic self-managed (DSM) mesh ultimately won the day for Clevertronics, as the ease of interconnecting buildings enabled a single emergency lighting system to be used across all buildings on campus.

This eliminated the need for costly inter-building connections. All emergency lighting function checks are controlled from a central platform.

Clevertronics enters into a strategic partnership with Wirepas Oy. The partnership will enable Clevertronics to offer comprehensive and cost-effective smart emergency lighting solutions to the market. Clevertronics has embedded Wirepas Massive IoT into its Zoneworks XT HIVE system. Zoneworks XT HIVE thus became the most advanced wireless emergency lighting system in the world. Wirepas Massive is also the only technology that enables an unlimited number of devices to build an autonomous, decentralized mesh network without sacrificing the reliability and security of an industrial application.

“At Clevertronics, we’re all about making emergency lighting simple, which in turn contributes to higher compliance and safer buildings. In developing the next evolutionary stage of Zoneworks, it was important to reduce the complexity of backbone hardware and find the most efficient way to communicate with emergency lighting fixtures. With Wirepas Massive IoT, we accomplished this by reducing the backbone hardware to a single controller and connecting each luminaire via a dynamic self-managed mesh. Emergency lighting is unique, so it was important that we partner with a company like Wirepas to work closely with us on a custom solution for our market. We now have the most advanced and market-leading solution on the market,” says Tony Todaro, managing director of Clevertronics.

“Wirepas technology is specifically designed for large industrial applications that require cost-effective and fast installations. This is exactly how Clevertronics approaches the market, which combined with our common no-nonsense approach to businesses and people makes them a perfect partner for us. We are impressed with both their vertical integration and deployment capabilities,” says Teppo Hemiä, CEO of Wirepas.