Recently, Teamviewer, a German provider of remote connectivity solutions, announced that it is cooperating with Google. The two companies are working together to make order picking faster and more efficient. The goal is to increase the digitization of businesses in the retail sector. Teamviewer and Google are jointly marketing the VR glasses with associated software, and Google Glass merely had to be relaunched. The glasses, which allow the new solution with the help of augmented reality, already came onto the market in the past, but flopped at the time.

Cooperation between Teamviewer and Google: Augmented Reality in Order Picking.

Order picking has to become more digital, a realization that hit the retail industry some time ago. However, the pandemic now accelerated all plans and turned the desire for digitization into a necessity. The reason was the changed shopping behavior of customers, who increasingly want to shop from home and expect the best service.

Fast order picking and the immediate dispatch of goods are now a matter of course; customers are no longer satisfied if they have to wait a few days for their order. This poses problems for retail companies, because the sharp increase in demand could no longer be handled with the previous means. Augmented reality as well as Google Glass are now supposed to be the solution.

Teamviewer and Google have collaborated to create a solution based on augmented reality that allows customers to freely choose order picking. The consumer’s shopping experience will improve as a result, because orders will be ready for shipment more quickly. In addition, fewer mistakes happen, because the overlay of all necessary information via the VR glasses Google Glass Enterprise 2 makes mistakes almost impossible. For the best shopping ever!

The basis for Assisted Order Picking, which is now made possible by Teamviewer and Google, is Google’s VR glasses. It displays all the necessary information about a product to the employee concerned: Ordered quantity, location, and remaining stock are displayed directly. The display on the head-up display means that the warehouse employee has both hands free and can remove the goods from the shelf as well as pack them. He becomes faster; according to Google and Teamviewer, this can improve efficiency in the warehouse by between 15 and 40 percent…

For retailers, augmented reality and the new way of shopping offer some great advantages that still need to be mentioned in addition to improved efficiency. Firstly, the data is available in the Google Cloud at all times and can therefore be accessed by all locations. The software is accessed directly via the Google Cloud and can be operated intuitively.

Until now, Teamviewer has primarily relied on classic remote maintenance offerings, so it was an obvious conclusion that new solutions would also be implied via the Google Cloud. Now the company wants to turn more and more to the possibilities of augmented reality, and the cooperation with Google was just the first step. Even before that, Teamviewer cooperated with SAP to drive forward the digitization of the company or the digital transformation of various processes. Teamviewer Frontline was integrated into the SAP program. Now they are using the Google Cloud and Google Glass to improve and digitize order picking. The associated software can be used directly from the Frontline suite.

Already in the past, different companies were researching to find digital solutions for retail. For example, there have been some simplifications in order picking so far. One example is the modern pick-by-light system, in which the employee is shown the relevant items and quantities directly on the picking shelf.
The procedure can also be seen in the following video:

It remains to be seen to what extent the Google Glass VR glasses and the use of the Google Cloud will become established in the near future. However, it is a fact that Google is already making a second attempt with its data glasses after the first one failed. Google Glass was once advertised extensively and was supposed to be the solution for many applications. But interest was low. Now the retail sector could profit from this and ensure that Google, together with Teamviewer, once again achieves something big.

The world of shopping is being revolutionized by the use of VR glasses like Google’s. But vision picking also represents a new method of getting modern order picking up and running. Google’s Enterprise Edition 2 Smart Glass provided the most important basis for the cooperation with Teamviewer. Together, the way has now been cleared to make it easier for companies to take steps toward Industry 4.0 as well as to grant consumers the shopping experience they desire.

Vision picking or pick-by-vision is a still new form of picking in which all the necessary information about an order is displayed on the data glasses. The localization and removal of the products is easy for the employee, because he has both hands free. Removal rates had risen continuously in various tests.

Teamviewer and Google emphasize that the increased efficiency can lead to cost savings in order picking. In addition, Teamviewer’s solution gives retailers insight into current inventory levels at any time. It becomes apparent which products are still in stock, which need to be reordered, and for which products demand is particularly high.

Until now, many retailers have had problems because the omnichannel shopping trend has presented them with major challenges. Google now wants to work with Teamviewer to help ensure that companies don’t miss the boat on the modern era and that they have all the tools and technologies they need to address Industry 4.0.

Teamviewer also wants the company’s customers to enjoy a high level of service and to be able to proceed rationally even as the company adapts its business models. The first step is now to develop solutions to improve the retailer’s front and back ends. According to Teamviewer and Google, these should be able to receive real-time information about current stock, delivery options, delivery dates, etc. at all times. 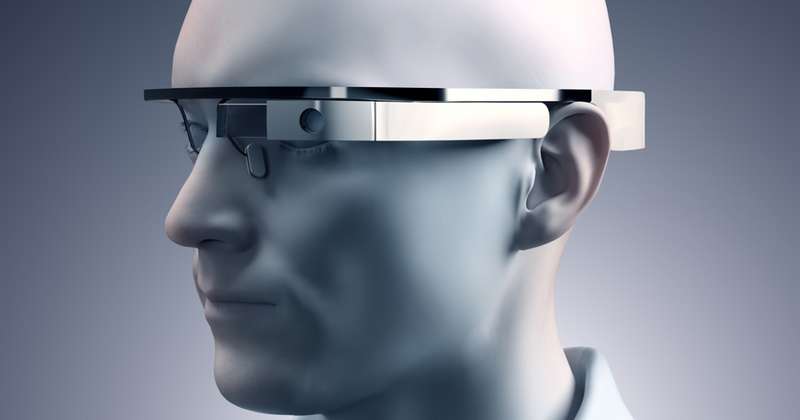 Teamviewer and Google: More cooperation planned in the future

Teamviewer and Google plan to take a few more steps together and are not limiting their work to the shopping and retail solution they have found so far. Further steps and collaborations are to follow so that the manufacturing processes as well as the field service and supply chain areas also function smoothly. They also want to focus not only on retail, but both Google and Teamviewer want to expand their own efforts to other industries.

Further development in the area of retail digitization is unquestionably necessary. More and more companies have found their way to digital offerings, and consumers are using these offerings more enthusiastically than ever. New sales channels can be found through the digital portfolio, and at the same time, the reach of a company can be significantly increased. One is no longer dependent only on walk-in customers; rather, regular customers can be found via the Internet. But this is only possible if the underlying technology allows it.

Teamviewer and Google took this approach and developed the order picking solution described above. After all, professional order processing, sending out digital invoices, and good customer service are not enough. The logistics have to fit! Augmented reality offers countless possibilities here, which Google and Teamviewer have cleverly exploited.

Thanks to the cooperation with Google, Teamviewer is no longer on the decline, it seems. At least it looks as if the steep decline of Teamviewer’s shares has been halted for the time being. It remains to be seen how long the positive trend will continue and whether further developments will strengthen the cooperation as desired. It is also still unclear whether the planned further collaborations will actually take place, even though Teamviewer and Google are both in good spirits and looking to the future with a positive attitude.