Endrich’s 3BIG-MOD is a 3-band modem suitable for transferring sensor data to the cloud. It is used in particular in the IoT sector. This is the abbreviation for Internet of Things. In simple terms, this involves communication between machines and between devices and people.

The special features of the 3BIG-MOD

The data transmission can be done with the following standards:

This means that new IoT systems can be equipped directly with the 3BIG-MOD, as well as older systems can be retrofitted. This versatile and flexible usability makes this modem so particularly interesting.

Various expansion options are available for this new transmission technology. Since the Endrich IoT board already contains various sensors, the MA510 from Fibicom can be used to transfer data directly to the Endrich Cloud. Additional sensors or displays can also be connected. However, this depends on the purposes for which the 3BIG-MOD is to be used. In any case, it is very flexible and can be easily adapted to the respective requirements. 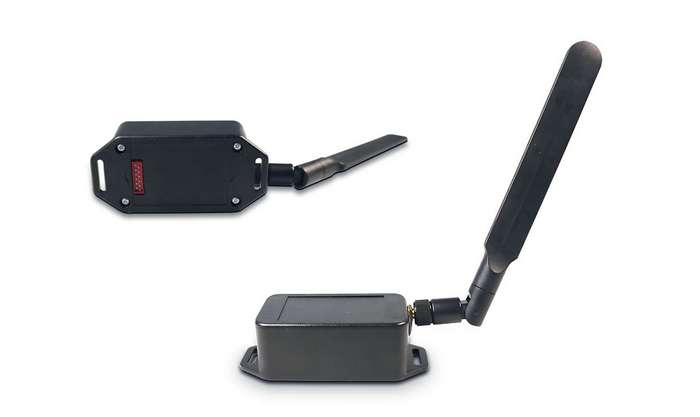 Endrich’s 3BIG-MOD is a 3-band modem that is suitable for transmitting sensor data to the cloud. ( Photo: Endrich Bauelemente Vertriebs GmbH )

This modern and powerful modem can be used with numerous components from Endrich Bauelemente Vertriebs GmbH. Therefore, the range of application is also very extensive. Especially often these components are used in the areas of Smart City as well as Smart Building. Sensors can, for example, measure the lighting conditions or the CO2 content of the air and send the data to the Endrich Cloud. From there, they are available everywhere. This is a great advantage because it allows many areas to be monitored from a central location. This means, for example, that traffic control systems or other important things can be monitored and controlled in real time.

There are further possible applications in the M2M sector. This term stands for machine to machine. In many industrial companies, it is now the case that machines and devices exchange data with each other independently of employees. This makes it possible to optimize the utilization of existing devices and machines so that they can be operated more economically overall.

This powerful 3-band modem is also suitable for monitoring and evaluating data of all kinds. Of course, it can also transmit data in the other direction. This means that updates of the machine software or other extensions can be transferred to the machine via Endrich’s 3BIG-MOD. This is advantageous because in this way a simple and secure data transfer is possible.

Of course, the software of the modem can also be updated or adapted to the respective requirements if necessary. In addition to the standard AT commands, Endrich provides C code or examples of Python scripts.

The 3BIG-MOD can therefore be used to perform controls, checks or rechecks in a safe and reliable way. In the course of digitalization, fast data exchange is becoming increasingly important.